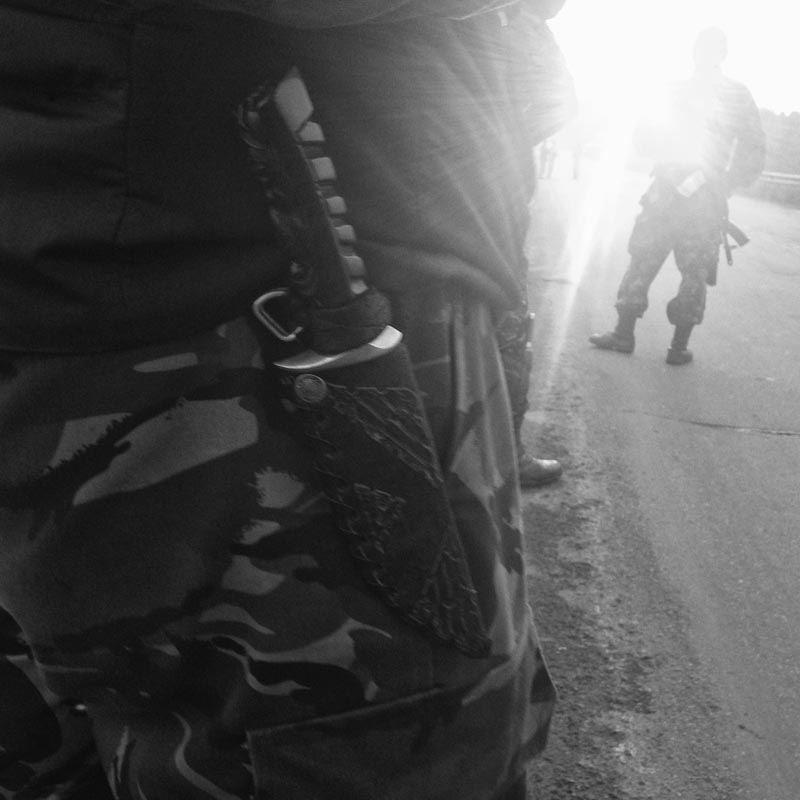 June 18, 2014. Pro-Russian militiamen, Karlovka, Ukraine. We bump into V. downtown, he tells us something is happening in Karlovka. On the way there we stop so A. can buy fish from an old lady by the side of a road in a forest. Alfa Romeo, Lithuanian license plates, gets my attention. A big tall dude in camo gets out, invites us to see an exchange of dead bodies by two sides on the line of separation. BMW, Russian license plates parks next to A.'s minivan. A guy in a balaclava gets out, takes an armed RPG launcher out of the trunk, casually leans it on the side of the car. Flak jackets on.